My Top 10 Must Watch Anime Series 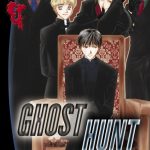 Taniyama Mai and her friends like telling each other ghost stories and during one of their stories, they are interrupted by a mysterious young man. Shibuya Kazuya is a 17 year old who is president of the Shibuya Psychic Research Company. He was called by the principal to investigate the stories surrounding an abandoned school building on their campus.

The next day  Mai passes the  building in question and decides to enter it. She discovers a strange camera inside. While examining it she gets surprised by Kazuya’s assistant, which results in the camera getting broken and the assistant getting injured.

Kazuya hires Mai to compensate for damaging the camera and his assistant. From that point on, Mai learns all about the paranormal world and the profession of ghost hunting. 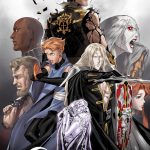 A vampire hunter fights to save a besieged city from an army of otherworldly beasts controlled by Dracula himself.

Castlevania is a horror action-adventure animated series set in a dark medieval fantasy world loosely based on the video game series of the same name. Trevor Belmont is the main protagonist on a quest to stop the evil vampire Vlad, Dracula, Tepes. 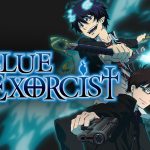 It’s your classic demon possession and the humans who fight them. These humans are known as exorcists. 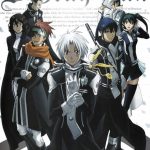 Plot: The story follows young Allen Walker. Allen belongs to an organization of exorcists known as the Black Order. They use an ancient substance, called Innocence, to combat a man known as the Millennium Earl and his demonic army of Akuma. Surprise, surprise, the Earl and his army want to destroy humanity.

Story: Allen Walker lives to destroy weapons known as Akuma (He has this really cool cursed eye too).   These weapons, created by the Millenium Earl, are sent out on his command to purge the world of humans. Allen uses the anti-akuma weapon Innocence (mentioned above) to counter the Earl’s attempts at destroying humanity. He travels to the Black Order per his mentor’s instructions. Once there, he meets others who also fight against the Millennium Earl’s plans. The deeper into their mission Allen and his friends get, an unknown connection starts to reveal itself.

The dots are starting to connect to Allen’s past.  What, oh what, could this possibly mean for our determined hero and his equally determined friends? 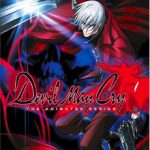 Devil May Cry follows the story of the demon hunter known as Dante. He is half demon and half human. He has this awesome sword, Rebellion, and his two guns, Ebony and Ivory, that takes on every mission. These weapons are like his trusty companions.

Dante owns and operates Devil May Cry, a business that specializes in hunting and killing demon-related problems. Dante, a superhuman son of a powerful murdered demon and human woman, is a master of his weapons of choice. He seems to always have financial problems, however, despite these troubles, he never loses his cool. He knows that work always comes calling… sooner or later.

The anime re-imagining of the original live-action series.

This haunting series follows the thrilling yet terrifying journeys of Sam and Dean Winchester, two brothers who face an increasingly sinister world as they hunt creatures, demons, ghosts, monsters, angels, Gods and other supernatural beings and phenomena across the American landscape.

After losing their mother to a supernatural force, the brothers were raised by their father as soldiers who track mysterious and demonic creatures. As old tricks and tools are rendered useless and friends betray them, the brothers must rely on each other as they encounter new enemies. 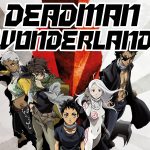 The story follows Ganta Igarashi, an ordinary student enjoying an ordinary day with his classmates. They were preparing to go on a class field trip to Deadman Wonderland. It is a prison amusement park (yes, you heard that right) where the convicts perform dangerous acts for the publics’ amusement. The day was going quite well until a strange demented man covered in blood and crimson armor floated through his classroom windows (yes, floated through the classroom windows). Grinning madly, the Red Man massacred Ganta’s entire class, embeded a red crystal shard into his chest and left him the sole survivor. You’d think that was a good thing, but trust me when I say that the man in red is a jackass!

Within days of the massacre, Ganta is declared the only suspect and arrested for the murders. Obviously framed for the incident and following a quick (unfair) trial, he is sentenced to life in prison inside Deadman Wonderland, the very jail he was supposed to visit. But his nightmare is only just beginning in this hell within concrete walls.

This poor boy was thrown into a world of sadistic inmates and has to live in constant fear of the lethal, poisonous, collar that was placed around his neck. Ganta’s life is repeatedly put on the line to survive in this ruthless place. It isn’t always easy to tell friend from foe but making allies in this place is a must, especially while trying to find the mysterious “Red Man” and clear his name. Welcome to Deadman Wonderland. 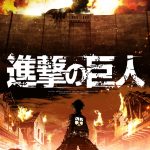 Over 100 years ago, a natural predator of humanity appeared called Titans. Titans are giant humanoid but mindless monsters whose sole purpose of existence appeared to be to devour humans. Humans were powerless against them and, as a result, humanity was brought to the brink of extinction. The survivors only recourse was to construct three concentric walls: Wall Maria, Wall Rose and Wall Sina. These walls blessed them with a century of peace. But Peace can only last for so long.

One fateful day a Colossal Titan, far larger than any other seen before, breached the outer wall. This breach allowed the smaller Titans to invade the human territory, forcing the survivors to retreat to the inner walls. This story follows Eren Jaeger, whose mother was eaten by a Titan during ths invasion. He vowed, with vengence in his heart, to wipe every last one of them off the face of the Earth.

He joined the Military Police Brigade determined to exact his revenge. But first was surviving the training. The Training Corps specialize in the education of various basic combat skills, discipline, and etiquette of the military. If he can survive the training, will he be able to survive the Titans?

A young boy sells his soul to a demon in order to avenge his family’s death (understandable). The demon takes the form of a loyal, and in my opinion, handsome butler who’s always dressed in black. He is required to protect, serve and arrive whenever summoned by his young master, Ciel Phantomhive.

The series follows the adventures of Earl Ciel Phantomhive and his faithful demon servant Sebastian Michaelis. They carry out missions under the banner of the Queen’s Watchdog, while also seeking revenge on those who made him and his family suffer, at the cost of his soul.

There are many interesting and entertaining characters you will meet throughout the series. Keep an eye out for the Undertaker! 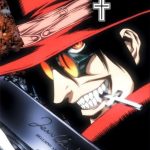 Integra Hellsing is the current leader of the Hellsing Corporation and more than capablee of fulfilling her duties… Leader, Fighter, Vampire handler.

Alucard is an incredibly powerful vampire. He has been controlled by Hellsing for years. It is unclear how he actually feels about being a servant to the Hellsing family. Regardless, he certainly enjoys his job as a vampire exterminator!

Seras is a fledgling vampire and former police woman. Even though she is reluctant to embrace her new vampire self, she is a valued member of the Hellsing organization.

Vampire activity has been on the rise. Unfortunately, the cause for this is more alarming than anything anyone could have imagined. A group, that has been thought long dead for the last 50 years, has been plotting in secret since their apparent destruction. Talk about a delayed reaction for revenge or not so bright that it took 50 years to come up with a workable plan, but I digress… This group, who will remain unnamed for now, is plotting to plunge England, and perhaps the entire world, into war. Evil bastards!