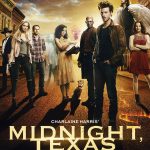 From vampires and witches to psychics and hit men, Midnight is a mysterious safe haven for those who are different. As the town members fight off outside pressures from rowdy biker gangs, ever suspicious cops and their own dangerous pasts, they band together and form a strong and unlikely family. 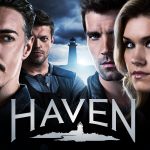 Deep in the heart of Maine, Haven is a town where people with supernatural abilities have migrated for generations because it mutes their powers, allowing them to lead normal lives. At least, until recently. There is a much deeper mystery about this town. It is the return of  “The Troubles”, a plague of supernatural afflictions that have occurred in the town at least twice before. 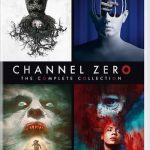 Channel Zero is an American horror anthology television series. This show offers a rare concoction of terror and creativity. Zero tackles a different story arc during each of its four seasons. Each season of Channel Zero is based on a different creepypasta story.

The first installment (Candle Cove), based on Kris Straub’s Candle Cove, centers on one man’s obsessive recollection of a mysterious children’s television program from the 1980s.

The second installment (No End House), based on Brian Russell’s The No-End House, centers on a group of friends entering a mythical, traveling haunted house that only appears once a year, which contains six rooms. Each person who enters experiences very personal horrors.

The third installment (Butcher’s Block), based on Kerry Hammond’s “Search and Rescue, centers on the Woods sisters, Alice  and Zoe. Alice is a social worker eager to help the less fortunate children in the area. Zoe is recovering from a mental breakdown and addiction problems after experiencing the “insidious onset” of the schizophrenia she inherited from their mother. Butcher’s Block is a dangerous realm where otherworldly phenomenon slips through the cracks of society to prey on those who won’t be missed.

The fourth installment (Dream Door), based on Charlotte Bywater’s “Hidden Door”, centers on newlyweds Jillian and Tom. They each have brought secrets into their marriage. When they discover the door in their basement, those secrets start to threaten their relationship and their lives. 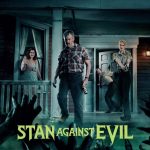 A New Hampshire town built on the site of a massive witch burning is haunted by demons, spirits, and witches, that all hate the authorities responsible for their demise. A sour judgmental sheriff, Stan Miller, is forced to give up his job after an angry outburst at a most inopportune moment… his wife’s funeral. Relinquishing authority doesn’t come too easily for Stan, especially after he discovers his replacement is a woman. Evie Barret is the new strong willed and beautiful new sheriff. However, when both realize something is not quite right in their sleepy New Hampshire town, Stan and Evie form an unlikely alliance to bravely battle a plague of insanely evil demons. 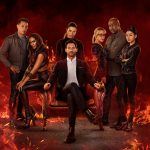 The series focuses on Lucifer Morningstar, a handsome and powerful angel who was cast out of Heaven for his rebellion. As the Devil, Lucifer tires of the millennia he spent being the Lord of Hell. Becoming increasingly bored and unhappy with his life in Hell, he abdicates his throne in defiance of his father (God) and abandons his kingdom for Los Angeles. There he runs his own nightclub called Lux. When he finds himself involved in a murder investigation, he meets the intriguing Detective Chloe Decker. After helping the Los Angeles Police Department (LAPD) solve the case by using his power to manipulate humans into revealing their deepest desires, Lucifer accepts a subsequent invitation to work with Chloe as a consultant to the department. Throughout the series, they encounter all sorts of supernatural beings while solving crimes together and developing their relationship. 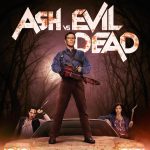 Bruce Campbell reprises his role as Ash, the aging lothario and chainsaw-handed monster hunter who has spent the last 30 years avoiding responsibility, maturity and the terrors of the Evil Dead. When a Deadite plague threatens to destroy all of mankind, Ash is finally forced to face his demons both personal and literal. Destiny, it turns out, has no plans to release the unlikely hero from its Evil grip. 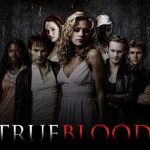 Throughout the series, more and more supernatural creatures are introduced. Among them are vampires, shapeshifters, werewolves, faeries, witches, and a maenad. The series revolves around Sookie Stackhouse, a telepathic human-faerie hybrid known as a halfling. Sookie is a waitress at Merlotte’s Bar and Grill, owned by Sam Merlotte in the small Louisiana town of Bon Temps. Sam is a shapeshifter, though this secret is kept hidden from most of the town. Other characters include Bill Compton, (a 173-year-old vampire), who has returned to Bon Temps to take up residence in his former home following the death of his last remaining relative. Tara Thornton (Sookie’s tough talking but insecure best friend), Jason (Sookie’s womanizing brother), Eric Northman (a 1000-year-old vampire and Sheriff of Area 5), and Lafayette Reynolds (a short order cook, drug dealer, road crew member, and medium). 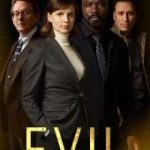 Skeptical female psychologist Kristen Bouchard joins David Acosta who is training to be a Catholic priest and Ben who is a blue collar contractor as they investigate the church’s backlog of unexplained mysteries, including supposed miracles, demonic possessions and other extraordinary occurrences. Their job is to assess if there’s a logical explanation or if something truly supernatural is at work, examining the origins of evil along the dividing line between science and religion. 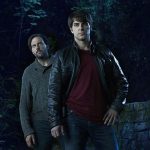 The series’ follows Portland homicide detective Nicholas Burkhardt who discovers he is a Grimm, the latest in a line of guardians who are sworn to keep the balance between humanity and mythological creatures, known as Wesen. Throughout the series, he must battle against an assortment of dangerous creatures, with help from his Wesen friend Monroe and his partner Detective Hank Griffin. Black Claw and Hadrian’s Wall are two opposing groups repeatedly mentioned in the series; many characters belong to these Wesen groups.

Opening: “There once was a man who lived a life so strange, it had to be true. Only he could see what no one else can—the darkness inside, the real monster within, and he’s the one who must stop them. This is his calling. This is his duty. This is the life of a Grimm.” 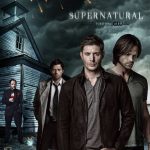 The series follows hunter brothers Sam and Dean Winchester, who travel across America in a black 1967 Chevy Impala, as they follow in their father’s footsteps continuing the “family business” of investigating, hunting down and combating paranormal events and other unexplained occurrences. They encounter hordes of evil supernatural creatures like monsters, demons, and even fallen Gods; many of them based on American urban legends and folklore, as well as classic supernatural creatures such as angels, reapers, vampires, werewolves and even Death while trying to save as many innocent people as they can. They are determined to kill every evil thing that there is in this world.