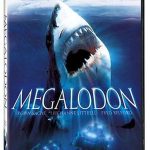 A deep-sea drilling operation goes horribly wrong, releasing the deadliest ocean predator that has ever roamed the seas since prehistoric times-Carcharodon Megalodon… sixty feet of prehistoric terror. enjoyable flick! The first time I saw a movie involving a megalodon, cannot remember the name of the movie, I had to find out if this was a real thing. To my shocking fear, they did exist (they still might). The thought of something so massive swimming and hunting in the ocean is horrifying, nightmare worthy. Oh, hey ocean drill people… For The Love Of God, STOP DRILLING! 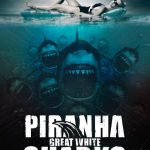 Through the use of bioengineering, it has been possible to shrink great white sharks down to the size of piranhas. The miniature half-sharks, half-piranhas embark on a bloody rampage through New York’s water supply. Who the hell thinks up these things? Take two deadly creatures, mess with DNA and you get a miniature deadly killing machine. To make things interesting, lets sell them as pets. What could possibly go wrong? Scientists, please stop messing with sharks and turning them into even more frightening creatures! A truly great flick! 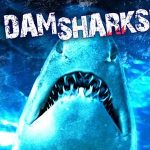 While on a weekend retreat in the woods, a group of businessmen finds that the local river is infested with a swarm of bull sharks attempting to construct a dam with human body parts. This movie sound like it would be bad however, the title and description doesn’t do this movie justice. It is a well done movie. The concept is a bit terrifying, but it is a horror movie after all. 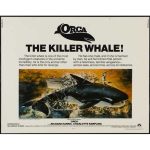 Ocean-going tale with ecological overtones in which a ruthless profiteering fisherman accidentally kills the pregnant mate of a canny killer whale. It’s `Jaws’ meets `Moby Dick’ as the bounty hunter becomes the target of the enraged, grief-stricken creature’s craving for vengeance. I know, it isn’t a shark movie but I’m putting it on the list anyway. It is a great movie and, in this movie, you will be on the killer whale’s side. There is one particular scene that will burn into your brain and that scene is true horror. 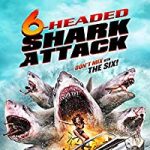 What would be a training camp for married couples on a remote island turns into a fight of life and death when a six-headed shark attacks the beach. This franchise starts with a 2 headed shark and leads up to a six headed shark. All I can say is… WHAT?? Can you imagine? If you didn’t have a fear of sharks you will after watching these movies. They are entertaining and the kills are creative. They are all stand alone movies but seriously start with 2 headed shark attack and work your way up tp 6 headed shark attack. It will have more of a mental effect that way. 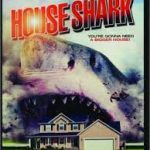 A dangerous but largely unknown shark attacks Frank’s family home. When he tries to kill the beast, he reaches out to the world’s only home-shark expert and former estate agent, Zachary. This movie is so bad that it is good. You just can’t stop watching it. The movie is way out there but you just have to watch it.

On an island research facility, Dr. Susan McAlester (Saffron Burrows) is harvesting the brain tissue of DNA-altered sharks as a possible cure for Alzheimer’s disease. When the facility’s backers send an executive (Samuel L. Jackson) to investigate the experiments, a routine procedure goes awry and a shark starts attacking the researchers. Now, with sharks outnumbering their human captors, McAlester and her team must figure out a way to stop them from escaping to the ocean and breeding. Their intentions are good but come on… genetically altering something that is already a killing machine… what could possibly go wrong? 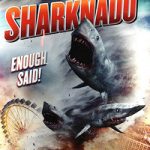 Nature’s deadliest killer takes to the skies in the ultimate gill-ty pleasure as a group of friends try to save the Santa Monica coast from shark-infested tornadoes. What? Oh Hell No! Like killer sharks aren’t scary enough? Now they are falling from the sky? This movie has mixed reviews, but honestly I found this movie franchise highly entertaining! 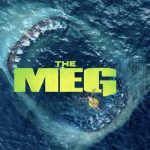 Previously thought to be extinct, a massive creature attacks a deep-sea submersible, leaving it disabled and trapping the crew at the bottom of the Pacific. With time running out, a visionary oceanographer recruits rescue diver Jonas Taylor to save the crew and the sea itself from an unimaginable threat — a 75-foot-long prehistoric shark known as the Megalodon. Could you imagine even just one of these swimming around in our oceans today? Nightmares, am I right? 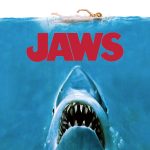 When a killer shark unleashes chaos on a beach community off Long Island, it’s up to a local sheriff, a marine biologist, and an old seafarer to hunt the beast down. The first time I saw this movie, back in the 70’s, it was the first movie to make me jump. I do believe this is the movie that gave birth to my fear of sharks and my obsession with shark movies!