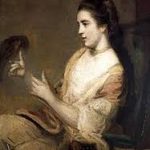 Lavinia Fisher has the infamous distinction of being the first female serial killer in the United States. She was born in 1792 and died in 1820. Lavinia and her husband owned and operated a hotel in  South Carolina (Charleston) in the early 19th century. They gained notoriety when men started disappearing. Rumors about their methods had grown over time. Details like trap doors and elaborate murders but the most likely truth is that she poisoned their male guests. Her husband would return later in the evening to finish them off and they’d keep whatever cash and/or items the guest had on them. Once caught, Lavinia and her husband were hanged. There are reports, however, that she jumped from the gallows, committing suicide, rather than let the executioner kill her. A gruesome end for a gruesome crime. 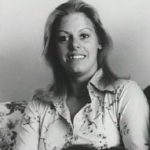 I would be remised if I did not mention Aileen Wuornos, a Floridian based prostitute who murdered seven johns between 1989-1990. She had a traumatizing childhood, which may have lead to her to these murderous tendencies. She was allegedly beaten, raped and impregnated (at 13) after a stranger assaulted her. After giving birth she had the baby put up for adoption. After being kicked out of her home at 15, she started turning tricks. Her life spiraled downward after that. In November of 1989, she killed her first john, 51 year old Richard Mallory. She would later claim that that was self defense. She had killed several more men before eventually being caught. The end of her murder spree came when she got into a minor accident while driving one of her victim’s cars. Aileen Wuornos was executed in October 2002. 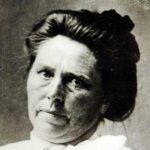 Belle Gunness, born Brynhild Paulsdatter Størseth, nicknamed “Hell’s Belle”, was a Norwegian-American serial killer between 1884 and 1908. She was a heartless woman who tallied more than 40 victims. Born in Norway in 1859, she emigrated to the United States. There she married and settled down in Chicago. After some time, her husband and some of their children died under mysterious circumstances. When she began dating again her suitors, wealthy men drawn in by her charms, started disappearing. Ray Lamohere, a hired hand, did some of the dirty work for her. Eventually she turned him away and even turned the authorities onto him as a possible suspect. In April 1908, her home went up in flames. Under the wreckage investigators found the bodies of her children next to a headless corpse. The dimensions of the headless body, however, didn’t match Gunness’ actual figure and she was declared missing. As authorities started digging up her land, they discovered plenty of corpses. She was never found. 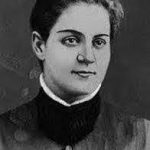 Jane Toppan, born Honora (Nora) Kelley in 1854, nicknamed “Jolly Jane” or “Nurse Jolly”, was an American serial killer. After her arrest in 1901-1902, she confessed to thirty-one murders, only twelve were proven but authorities suspected that there were probably over 100 victims. Toppan claimed that her life goal was to “have killed more people, helpless people, than any other man or woman who ever lived.”
Jane grew up in Boston’s Female Asylum, where unwanted female children were often abandoned. She was an extremely dangerous and more than a little bit unhinged psychopath. Her murder spree started in 1885, when she was training to be a nurse. She started experimenting on her patients using different lethal combinations of medicines and chemicals that she would inject into her patients. She also admitted that the act of killing aroused her. Toppan got away with the murders for quite a while, especially after entering private practice. In private practice, she started racking up even more victims by killing her landlords and later her foster sister. After killing an elderly man, Alden Davis and two of his daughters, the Davis family requested a toxicology investigation which turned up traces of the lethal poison. She was eventually charged with multiple murders. She was actually found “not guilty”. Instead she was declared insane and sentenced to life in an asylum where she remained until her death at 81. 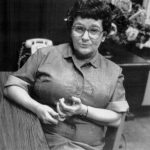 Margie Velma Barfield was convicted of one murder but eventually confessed to six other murders. Velma Barfield was not only a female serial killer, she was the first woman to ever be executed in the United States. The death penalty had been reinstituted in 1977. She was executed for the murder of Stuart Taylor, her boyfriend. She was using his checking account to write bad checks and buy prescription pills. To get rid of him, she poisoned his beer. After an autopsy turned up traces of arsenic, she was arrested. After her arrest, she confessed to also killing her mother and 2nd husband in the same manner. She also admitted to killing her first husband by setting their house on fire. Two couples who had employed her also died of poisoning. She did not admit to their deaths and the police didn’t have enough evidence to tie her to their deaths. All told, she killed six people. Spending so much time on death row, she found religion and became a devout Christian. 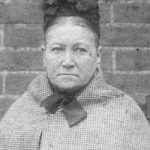 Amelia Dyer is infamous for killing hundreds of victims. You heard that right, hundreds. What makes her crime so incredibly gruesome is that fact that her victims were infants. Dyer, born in England in 1838, earned her money in the baby farming system. She would take in children whose mothers couldn’t afford to feed or raise them and nurse them in exchange for a fee. Babies were killed through neglect and starvation and many were murdered more quickly in order to allow for greater turnover and higher profits. She dodged the bullet once after investigators started checking out the number of deaths on her watch. Amazingly she only did time for neglect. Eventually the police fingured out what she was doing and arrested her for murder. Oddly she was only convicted of one murder even though it was very clear from the pattern of disappearances and the evidence the found in her home that she’d been doing this for years. How f’ed up is that? 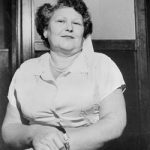 Nannie Doss was a wife who took “til death do us part” and “family disfunction” to a whole new level. She murdered four husbands, a boatload relatives including her sisters, two of her kids and her own mother. She killed her second husband by poisoning his whiskey the day after he raped her. After her third husband died, his house mysteriously burned down and the insurance money went to Doss. Her fourth marriage she murdered her mother (after she came to live with them) and her husband a few months later. After her 5th husband was briefly hospitalized for a digestive tract issue, she poisoned him to collect the life insurance. The man’s sudden death after being released from the hospital tipped the doctors off to foul play, and sure enough, they found arsenic in the man’s body. Doss confessed to the wave of murders. She was not sentenced to death and she died in prison in 1965, at age 59. 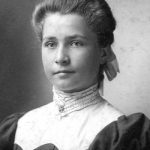 Bertha Gifford’s, born around 1876, story is another one built on poison and infidelity. Bertha gained a reputation for her desire to care for sick friends and family, many of whom died. So many of them died before their time which aroused suspicion with the police. Bertha was eventually arrested for murder. Several of the bodies were exhumed and arsenic was discovered in the corpses. Bertha murdered almost two dozen people. She plead insanity and was found not guilty. She spent the rest of her life in a mental hospital, passing away at age 79.

Jeanne Weber was a notorious killer at the turn of the 20th century.
She strangled at least 10 children, including her own. She started her killing spree by murdering her sister’s children (killing an 18 month old girl and her 2 year old sister) in rapid succession. Doctors declared the deaths accidental. After she was found choking her nephew, playing on her gender and the public’s willingness to forgive a distraught woman for heinous crimes, she was acquitted when the defense said she was grief stricken over the death of her own child. Eventually she was convicted of murder, declared insane and sentenced to imprisonment in an asylum in 1908. Ten years later, at age 36, she hung herself. No one was ever able to diagnose the mix of hate and insanity that had plagued her. 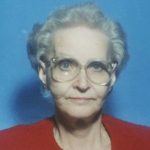 Dorothea Puente was cold and calculating. The way she dispatched her victims was enough to turn anyone’s stomach. In the 1960’s, after several marriages, Puente started committing fraud by dating older men and cashing their benefit checks. She did some time for the crime, but it did not deter her at all. In the 1980s, she ran a boarding house for the elderly. She would collect their mail, cash their checks and pay them a much smaller stipend. It wasn’t long before tenants started dying and disappearing. In the fall of 1985 she asked a handyman to dump a box, she said was filled with junk, near a river. A fisherman who saw the dumping reported it to the police. The police opened the box and found the remains of an old man. When another tenant went missing, the police opened an investigation into Puente’s facility. In a nut shell, she had been killing tenants and burying them in the back yard. She maintained that they all died of natural cases. She was sentenced to life in prison where she died at age 82.